This is Part II of the Notepad Tutorial.  This tutorial is for making the cover which makes the notepad “matchbook-style.”  For Part I of this tutorial, which is the making of the pad itself, click here.  The materials and supplies used here are listed in Part I.

Glue (liquid, glue gun, adhesive tape) chipboard side of pad to center of cover, carefully lining up the glued end of pad to the end close to the 1” and 1 1/folds. 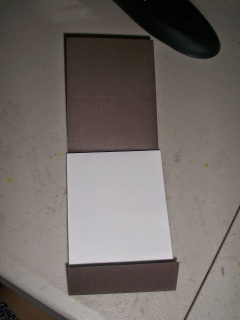 Fold this small tab (the 1 ¼”) and either glue or staple near the bottom (be sure to leave a tab for the top of the cover to slide into like a matchbook.

Because of the thickness, I press the staple ends into the back cover as much as possible to prevent them from scratching or snagging on anything. 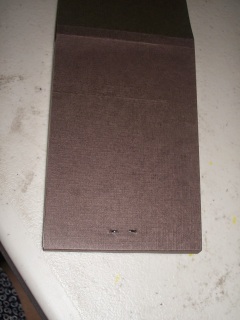 Fold over the top of the cover and slide end into the tab. 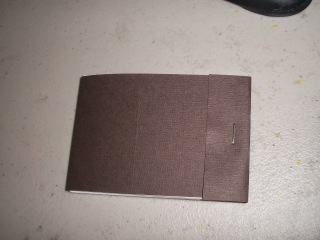 I’m making these as party favors for my niece’s Hunger Games themed birthday, I added the District 7 logo since they are responsible for lumber and paper. 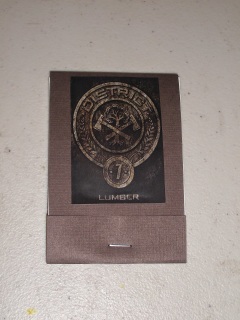