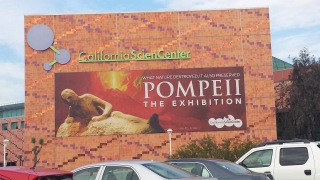 I went to see the Pompeii exhibition at the California Science Center in Los Angeles, on Friday, January 9.  The last day for the exhibit was Sunday, January 11, so I had very little time and the crowds were huge.  I ordered my timed ticket for the exhibit Wednesday afternoon so that I could be sure to get a ticket for Friday as they were selling out fast.

I decided to take the Metro system to the museum as I didn\’t want to deal with rush hour traffic getting downtown on a Friday morning, nor did I feel like paying $10.  Unfortunately, I missed the connecting bus line so I had to wait (and the closest stop was closed due to temporary no parking where the normal bus stop was).  I got to the museum a little late, but they let me into the line which was pretty long.

I had forgotten to bring my camera, and didn\’t check ahead of time to see if photography was allowed (it was, so I should have brought my good camera.)  I only had my phone with me to take pictures so it was difficult to get good photos in the dim light and crowded conditions. 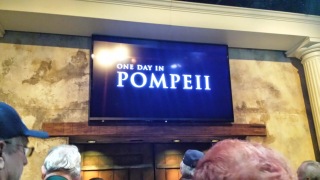 I\’m on the fence about restoration of antiquities.  On one hand, it\’s nice to see how the sculpture is supposed to look (though they don\’t paint the sculptures, so how much restoration is enough? Too much?), but when 50% or more of the piece isn\’t original to the time (taking pieces from another sculpture from the period is okay with me) seems to risk changing the piece from restored to remodeled.


I\’m always interested in the everyday man when it comes to historical exhibits, films, etc.  It\’s easy to find information the famous people, but what about everyday life, everyday people?  I want to know how these people lived.

This Pompeii exhibit provided some of that with parts of tools like an axe blade and hoe blade. 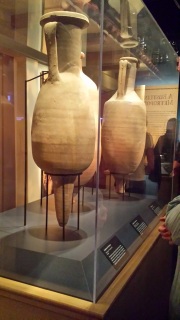 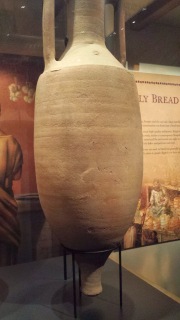 There were also a few pieces of cookware used by the slaves to prepare food for their masters. 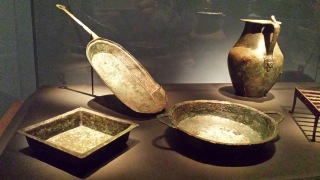 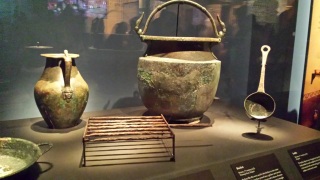 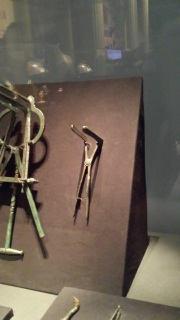 The Roman Empire has been known for their advanced plumbing and there was a piece of this also on exhibit which, of course, resembles modern a plumbing connection except we use more plastic materials in our plumbing today.

Most of the exhibit is unremarkable unless you keep in mind that the objects were found under 15 ft. of ash and debris for hundreds of years. I did find it interesting that Jean-Leon Gerome\’s \”Pollice Verso\” painting was reproduced and used in the gladiator area of the exhibit. 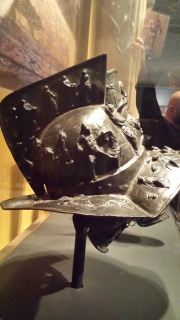 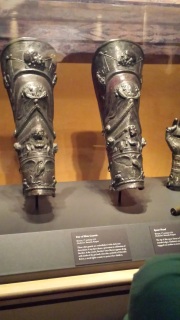 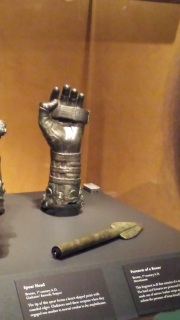 The section of the exhibit I was most interested in was located at the end.  I thought these were mummified bodies, but they are actually plaster castings taken during excavation when the digging revealed human body shaped and sized pockets in the dirt.  Holes were drilled and plaster was poured in.  Then the dirt around the plaster was removed. 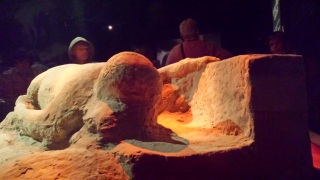 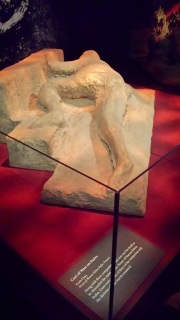 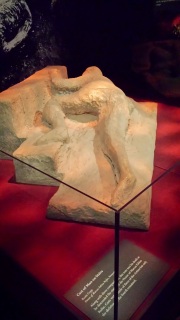 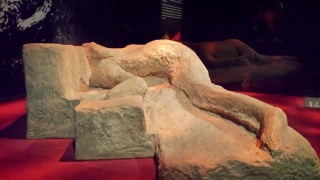 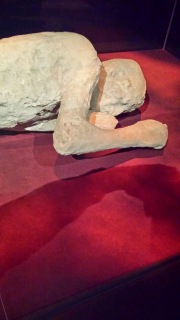 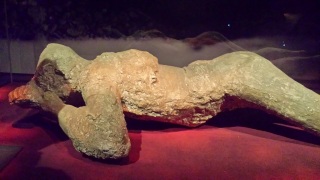 There was a fresco or two and several sculptures, but I really was interested in the tragedy of Pompeii.  I\’ve seen other Roman and Greek antiquities, and these are very similar to those.