This post is going to be more of an overview of the atmosphere of WonderCon in Anaheim.  The photos I\’m posting here are all taken outside near the fountain in front of the Anaheim Convention Center.  The fountain area is a great place to see amazing cosplays and mingle with everyone.  Something new was added this year.  The area closest to the fountain was WonderCon attendee access only.  The food trucks were outside this area (but only 10 feet away), but it kept the religious zealots from interfering with the Con attendees unlike at San Diego Comic-Con and Stan Lee\’s Comikaze.  (I\’ve only attended these cons so I don\’t know if this or other groups also stand outside of other cons.) 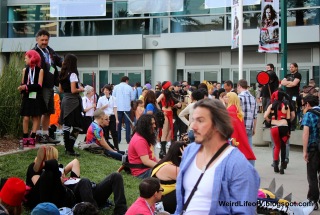 Overall, WonderCon is much, much smaller than SDCC and the atmosphere is much more relaxed.  I do love the Arena for panels (SDCC equivalent is Hall H) as the risers make far-from-the-front seats great (especially for those of us who are height challenged), and sometimes even better than the \”floor\” seats.  There are bathrooms and concessions inside the Arena so no bathroom passes necessary.  Also, the queue is inside the convention center (once they open the doors for the day). Yay for air-conditioning!!!

I\’m not sure if it\’s the relaxed, less-crowded, atmosphere or just the location, but there are many more kids at WonderCon, and I love seeing their cosplays!! Who doesn\’t love a 3 foot tall Stormtrooper (wish I had gotten a picture, but I was too busy reveling in it\’s awesomeness)? 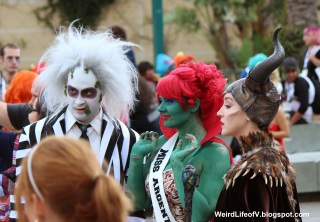 Here are additional pictures taken around the fountain area during the 3 days of WonderCon this year. 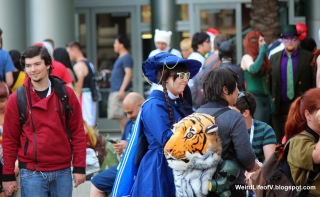 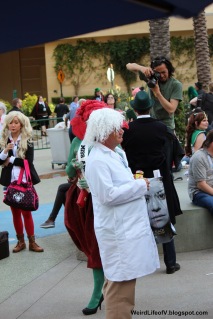 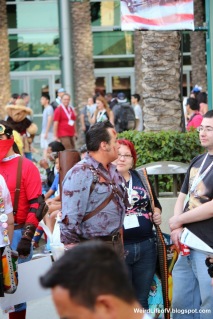 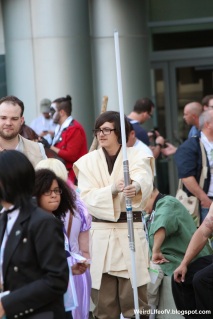 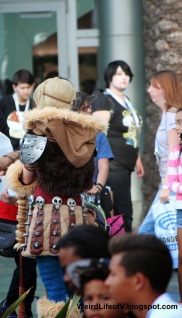 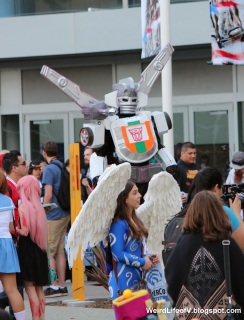 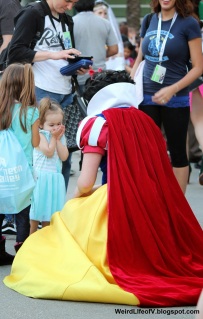 I\’ve heard that WonderCon will be relocating to Los Angeles for 2016, which is a temporary move due to remodel/expansion work being done at the Anaheim Convention Center during that time.  I\’m sure we\’ll hear more soon.