By fandomventures in Archives on July 16, 2015April 22, 2021
No comments
Hannibal Panel
San Diego Comic-Con 2015
July 11, 2015
The Hannibal panel was fantastic, and I’m not going to say much on it since there are tons of recaps and videos out there.  It was fun and the footage of Richard Armitage’s Dolarhyde was shown twice and it’s fantastic!

I was really taken with Bryan Fuller’s Star Wars jacket which I had seen from Richard Armitage’s tweets earlier in the day.  I really want to see it in person up close, though. 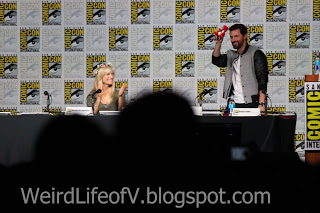 There wasn’t any news as to being able to continue the show past this season after NBC’s canceling the show, but they did say that they are still trying. 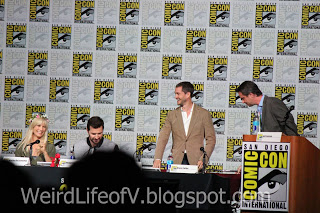 I wish I had gotten better seats for taking pictures, but I had left Ballroom 20 to go a panel a friend was on at the San Diego Library which was at 1pm.  I missed the first half of the Grimm panel, but was able to get a little bit closer for the Outlander panel and stayed there for the Hannibal panel. 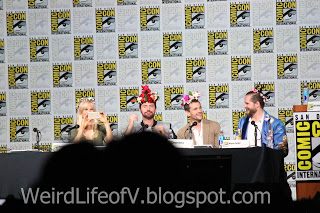 I thought this would be the extent of my getting to see Richard Armitage, but I was VERY pleasantly surprised the very next morning!  See my next post for details on that encounter!
TTFN,
V