Last year, I went to the taping for the Live with Kelly and Michael Post-Oscar show which is taped inside the Dolby Theater (where the Oscars were held just a few hours earlier).  The Dolby Theater has approximately 3000 seats so there was a lot of waiting in line outside at 2am until about 5am when they moved us inside to wait in line.  Apparently, it was the sound-check for the musical guest (who will remain unnamed….google it 😉 if you wish) was running late and that’s what was delaying us getting into the theater to be seated.  Once we were allowed in, it was a mad rush to get us all seated before they went live.

Then the live “taping” happened.  I took a few pictures when we weren’t “live,” but they don’t do the sets justice.  It was absolutely stunning. 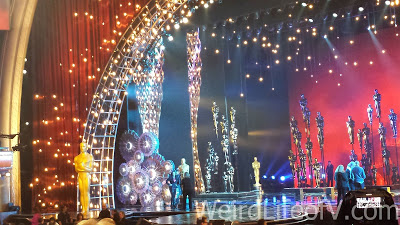 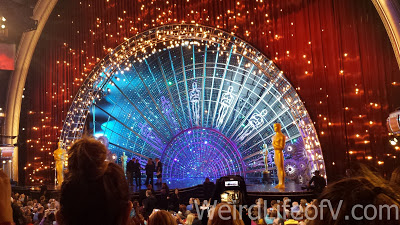 I have a ticket for this year’s taping very early Monday morning..or should I say Sunday night?  I’ve been inside the Dolby Theater quite a few times (mostly for movie premieres), but it’s really transformed by the set designs for the Oscars.

I’ll post a recap of this year’s experience next week.