I didn\’t get to attend the Warcraft premiere since they only gave away passes a few hours before the premiere began, and you had to go to a specific T-Mobile store to get them.  I had already planned on waiting along the street to take pictures.  The red carpet set up was great.  They had large statuettes, an elevated area with lots of shields where they were holding interviews, and people dressed in armor standing along the length of the red carpet. 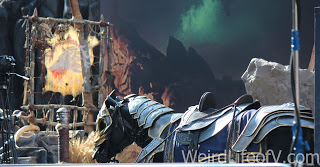 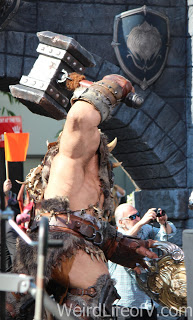 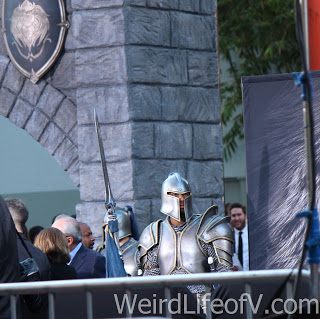 In the courtyard of the TCL Chinese Theatre, they had people dressed in costume on one side while the other had a fan area.  The fans could get some red makeup applied, which you can see in the photo. 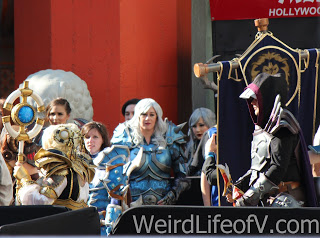 I had seen a photo a friend had shared on Facebook from Jamie Lee Curtis of her and her son dressed in costume so I recognized her when she arrived.  I was the only one to yell her name until after she entered the red carpet area.  Then the autograph hunters started yelling her name.

I had never played World of Warcraft (I\’m not a gamer), but did have an annoying roommate who was addicted to playing it.  I did see the movie on Saturday night, and I thoroughly enjoyed it.